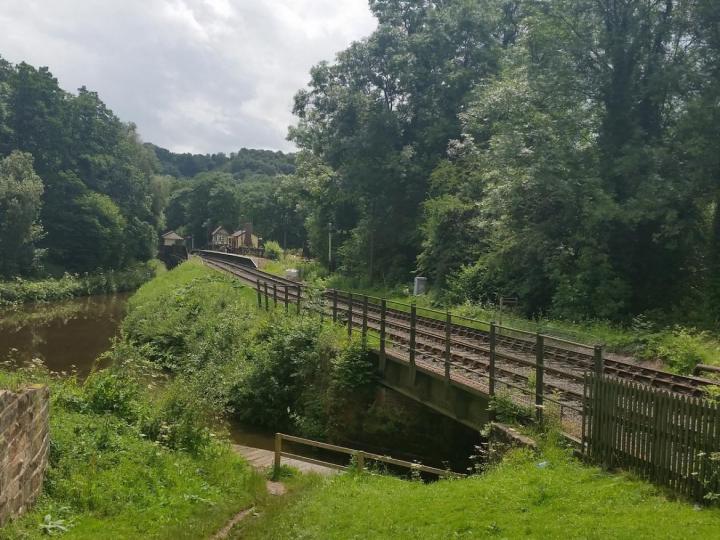 Set in a picturesque hamlet deep in the Churnet Valley, Consall is the railway's "jewel in the crown". Sharing the valley floor with both the Caldon Canal and the River Churnet, this sleepy rural station is full of Victorian charm having been carefully restored to how it original was on its opening in 1902.

A project part financed by the European Regional Development Fund Consall station is located near the picturesque hamlet of Consall Forge, deep in the narrowest part of the Churnet Valley in an area of outstanding natural beauty. The wooden station building was opened on the 3rd March 1902 as a later addition to the other stations on the line to serve the immediate community. As road access was (and still is) limited, this facility was used fairly regularly by the locals for many years until its demise and the closure of the line.

The station was closed on the 4th January 1965, along with the other stations on the southern part of the Churnet Valley line, and it quickly fell into disrepair. The wooden building finally disappeared in the early 1980s when the platforms were removed, and the site became overgrown with little evidence remaining that a station had actually existed here. In the mid 1990s, volunteers started to clear the site in preparation for the re-instatement of steam train services to Consall. Eventually the trains returned but it wasn't until some time later, in 2000, that thoughts turned to recreating Consall station building.

After months of planning, careful research and very hard fund-raising, a near exact replica of the original was constructed by the North Staffordshire Railway Company and the Churnet Valley Railway in mid 2001 on the remains of the original brick base. The new station building was officially opened by Mr Pete Waterman on the 3rd March 2002, exactly 100 years to the day since the NSR had opened the original station building.

No vehicular access is permitted at this station, and passengers are asked to respect the local countryside.

This location can be seen on the following trails:
Staffordshire Way
Caldon Canal towpath

This page was last updated on 6 October 2020. Contribute here if you have information or photos to add to this page.