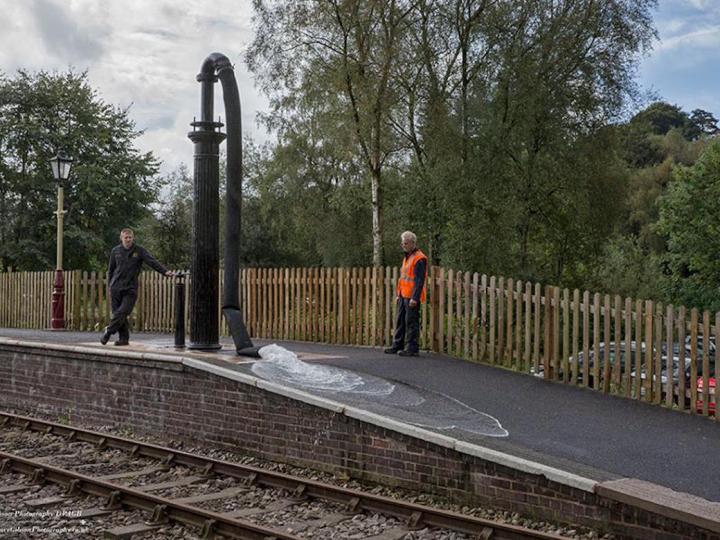 Railway Water Columns were once an everyday sight on railway stations up and down the UK, offering a source of water for steam locomotives to ensure they never ran out.

The Churnet Valley Railway's charitable support body the "North Staffordshire Railway Company (1978) Ltd" (NSRC) was able to acquire one of the original North Staffs columns from Hanely Station in Stoke-on-Trent which was located on the former Potteries Loop Line. This was moved to the charity's Cheddleton base where it was placed into store until sufficient funding was gained to re-erect it.

In 2012 the Churnet Valley Living Landscape Partnership took off courtesy of a £1.89million grant from the Heritage Lottery Fund, and the restoration of a water column was included as part of the "Railway Heritage" part of the project. The column was re-erected at the southern end of Cheddleton down platform and a header tank of an original Braithwaite type was sourced from the now closed Thomas Boltons Works and relocated to Cheddleton to supply a steady head of pressure. The column has then been piped to the tank and in turn the tank to the mains water supply, so not only providing a much needed means of watering the engines, but also putting the column in a position where it can be seen by the public in operational condition.

This location can be seen on the following trails:
Staffordshire Way

This page was last updated on 8 March 2017. Contribute here if you have information or photos to add to this page.