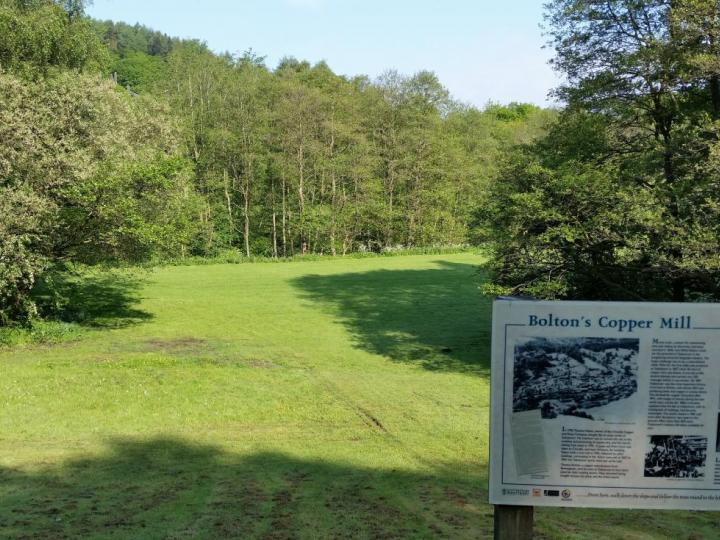 Once the site of Thomas Bolton & Son copperworks, this green space is now an attractive riverside play area and picnic site with public access.

A mill has existed at Oakamoor since medieval times and there is a record it being owned by the Foley family in 1683. In 1761 George Kendal was the ironmaster and in 1790 Thomas Patten begins serious production. It was in 1851 that Thomas Bolton bought the site for £7750.

The works made copper wire, strip, sheet, bar, rod and tube, as well as machined components for the electrical and engineering industries. In 1857 the first Transatlantic Telegraph Cable was manufactured at the site.

Oakamoor was then known as 'Smokeamoor' because of the pollution that filled the valley.

By 1890 there was no more room for expansion at Oakamoor so they began building at Froghall. In 1940 Froghall became the company headquarters and in 1962 the Oakamoor works closed down and demolition work began. The factory was demolished by 1963.

This location can be seen on the following trails:
Uttoxeter Canal trail

This page was last updated on 16 July 2016. Contribute here if you have information or photos to add to this page.